In the wake of a rickshaw.. 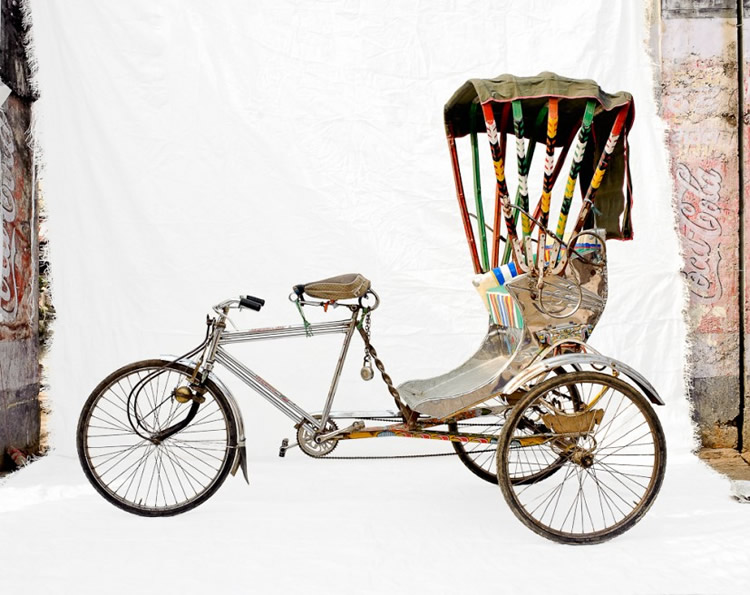 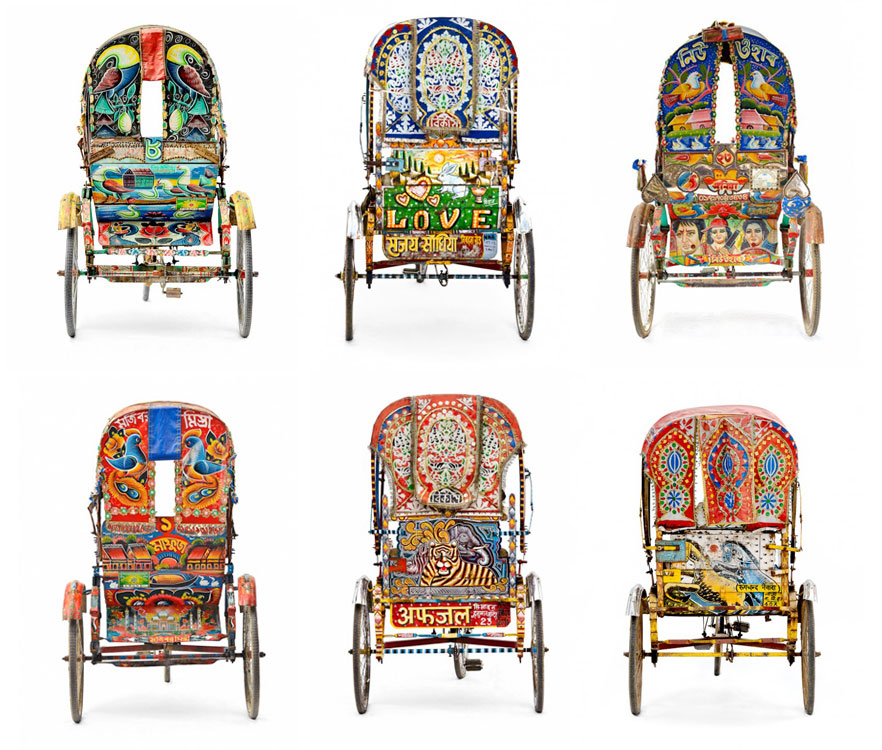 They criss-cross each other in the traffic. Is it their speed which makes them go unnoticed? The photographer Greg Vore, stopped to observe them, got interested in them,  immortalized them.

Two wheels. Then a bicycle or at times even a man. They thread their way, come and go, load, unload. And they are also decorated, always by hand, adorned with fabulous colors, they worship one or the other goddess, they refer to sacred animals. A perfectly personalized taxi… A private taxi which often belongs to one driver…

People whose portraits have been captured for almost three years by the photographer Greg Vore. What inspired him? Humility, grace, humanity, history. He got interested in this profession which fills one’s daily life, these drivers who worm their way on the roads, enter into a life as quickly as they leave it. The time of a journey. Not less than a hundred men have paraded before the photographer’s lens during a tour between   Varanasi, Allahabad, Kolkata and Dhaka. It was in this last city of Bangladesh  that he discovered that certain rickshaws still behave at arms’ length. It is a manner of getting normally regulated. Moreover, today, motors even have a tendency to replace the drops of perspiration rustling on the forehead of drivers. On the photographs, these men seem to have a serious look … a look which is surprised that we are interested in them longer than the time of a journey. 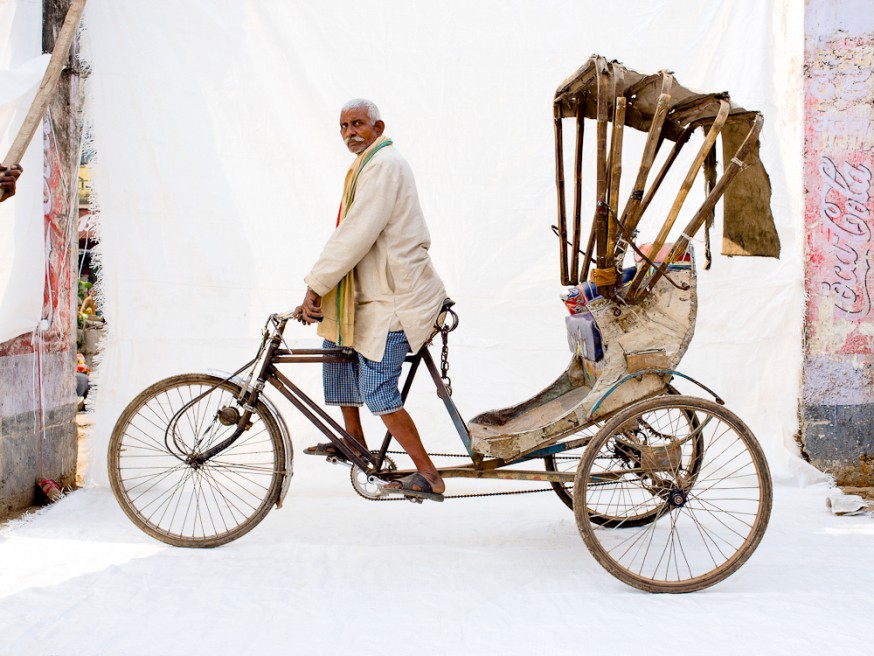 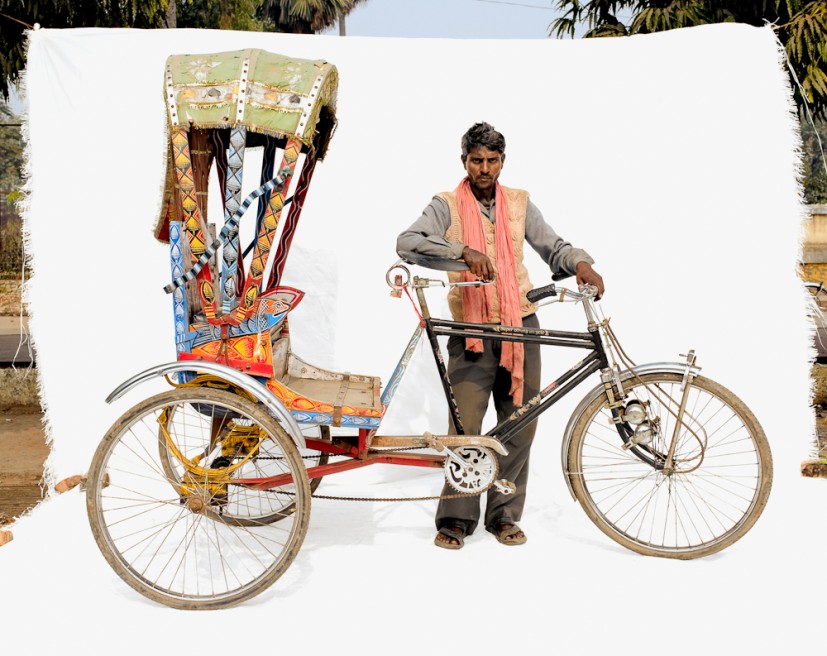 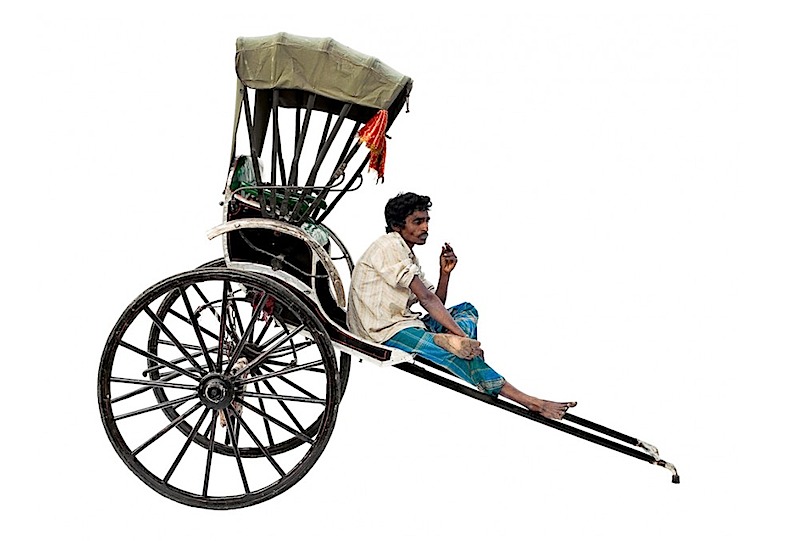 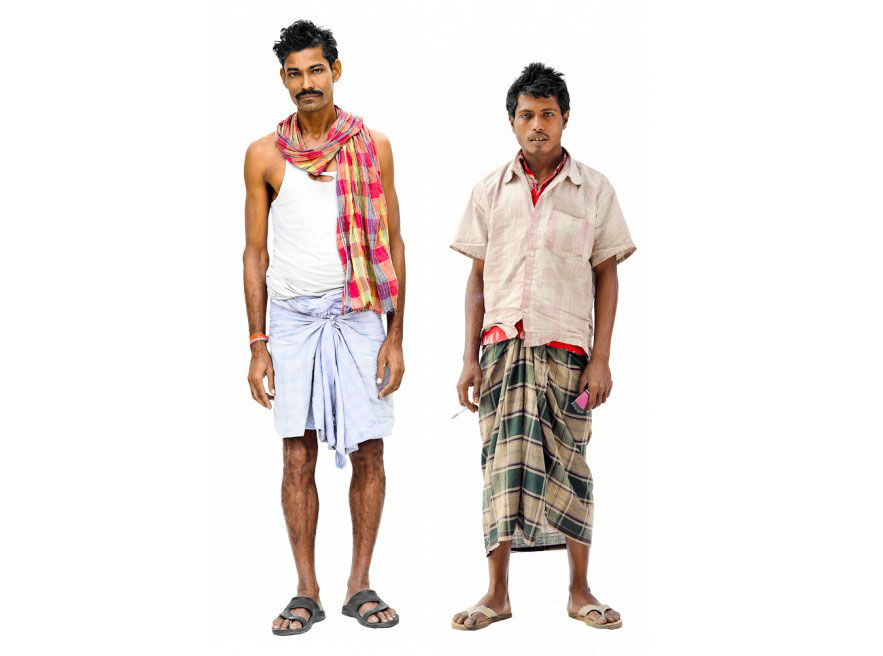 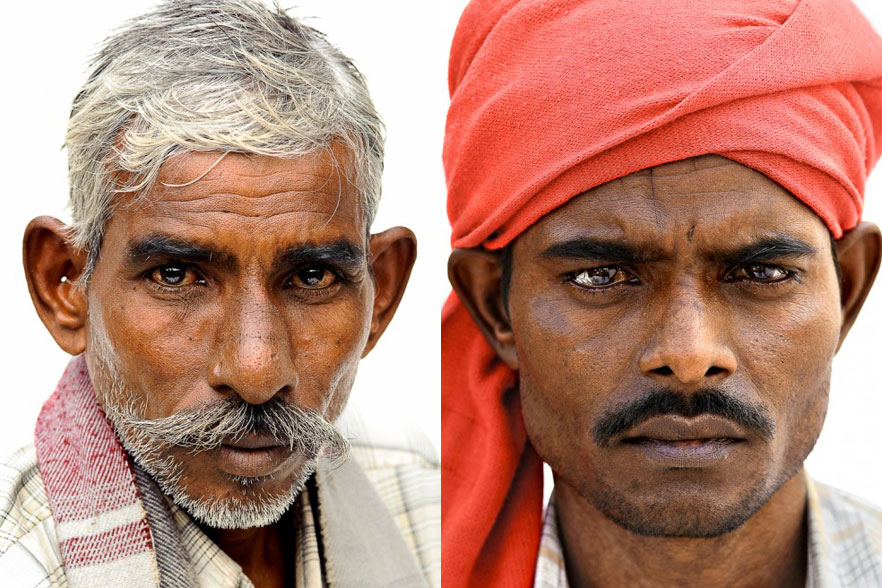 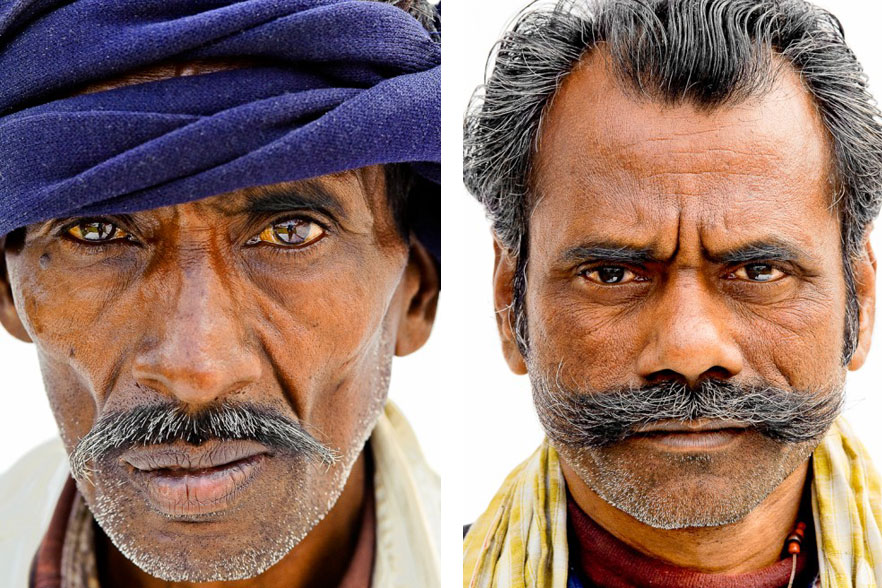 Discover more about India, its Lifestyle, culture and traditions on our Journal HERE